There are many examples of geometric growth progression. Automobiles reflect it well in an area where most can identify.

There were only about seven million cars in America in 1919 but nearly three hundred million by 2016. Seven million made that year.

AS YOU MAY HAVE SURMISED by now, driving the above growth of all the things charted previously is the geometric increase in human population. More people fuels more needs and wants. More and more resources are required -- also in geometrically growing amounts. Fuel and energy for transportation heating and cooling, food, textiles, water, minerals, trees, metals and all other natural resources of the planet being consumed in massive amounts. In the time it took you to read the last sentence, the net population of the world (currently approximately 7.7 billion) has gone up by twenty persons. That is a rate of approximately one per half second.

There are many web sites clocking this growth. The two clearest and most alarming are:

MANY BOOKS have been written about the subject in the past. Harry Harrison wrote Make Room, Make Room, subsequently made into a well-known film starring Charlton Heston and Edward G. Robinson. Dr. Paul Ehrlich published a non-fiction book in the 1970’s titled, The Population Bomb. It caused a ripple of interest but is now, mostly forgotten. Several other books that are less well known also allude to the issue.

“ ...he recalled quite definitely that statisticians had shown that within two hundred years OR LESS the human race would have so greatly increased and the natural resources of the world would have been so depleted that the last generation must either starve to death or resort to cannibalism to prolong it's hateful existence for another short period.”  “... He was sure that there would be something after man, who is undoubtedly the Creator's greatest blunder, combining as he does all the vices of preceding types ...while possessing few of their virtues.” –An excerpt, I later learned, from the book, ‘Tarzan at the Earth’s Core’ - written in 1929.

It took until about 1800 - the time of Napoleon for the world population to reach approximately 1 billion. That was from the time that Stone Age man had crawled out his cave until that date. Like, maybe 5,000 some-odd years give or take a millennium. By 1930, it had doubled to 2 billion - 130 years - and doubled again by around 1970 to 4 billion - 40 years. The world continued to add people - about a billion more from 1970 - 1987 - FIVE billion. Projected population (that’s projected mind you) by 2025 was 8 billion… 54 years - slightly less than a vertical climb but damn close.

THIS AUTHOR CHOSE
“The Elephant in the Room” because it is an issue largely ignored and unspoken much like the proverbial elephant. Many informed people know about it but choose to ignore it and rarely, if ever speak of it.

Many religions and political ideologies actually encourage population growth. “Go forth and multiply” as spoken in the Christian Bible is a prime example. Until recent times, even though birth control technology exists, it is frowned upon, or prohibited, by some religious beliefs. Some political social structures even encourage adding new population with economic incentives such as tax breaks or increase welfare benefits for more children.

Birth rates have declined in certain demographic groups but some have actually increased. Volumes have been written about the socio-religious and political reasons for this, but it is outside the scope of this book. The fact that they have is the only relevant issue.

HOW WILL IT END?

This question cannot be answered and this author will hazard no definitive guess. Science and technology, the god of modern times may delay the outcome. Science fiction often postulates migrating to other planets. While making amusing reading, that option is so far in the future, if at all, it is moot to the crisis at hand. Humans are clever, but actually create nothing other than other humans. We alter existing resources to suit our whims and wants but are incapable of creating anything truly new. A religious person may claim that only a God can create. Since humans are not gods, all we can do is manipulate that already been created.

What we cannot create are the natural resources provided by the Earth. Conservation helps and some flora and fauna may be cultivated and bred. As shown in the previous chapters, there is no way to keep up with the geometric progression of human procreation. Civilization has existed over the past six-thousand years for the sole purpose of supporting the growing number of people in the world. Along the way it has increased the comfort and culture many now enjoy.

It may well come down like a house of cards. The base, civilization as we know it, like any good card house, well built using triangles and alternate trusses and arches, but as history and technological advances made, the placement of the cards has been hasty and sometimes haphazard, growing ever higher and faster to keep everything from falling. Much of the time, it was just for the sake of getting the house higher.

Your guess is as good as mine. But, the house will come down... the only question is when.

To go to page three 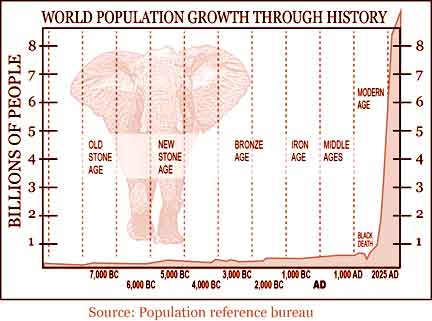 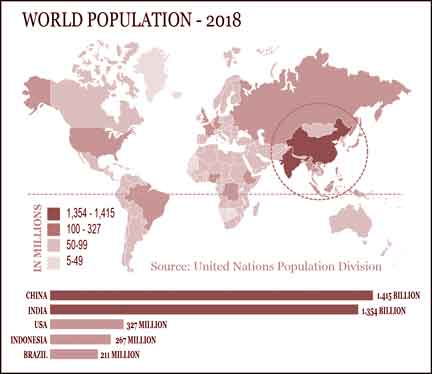 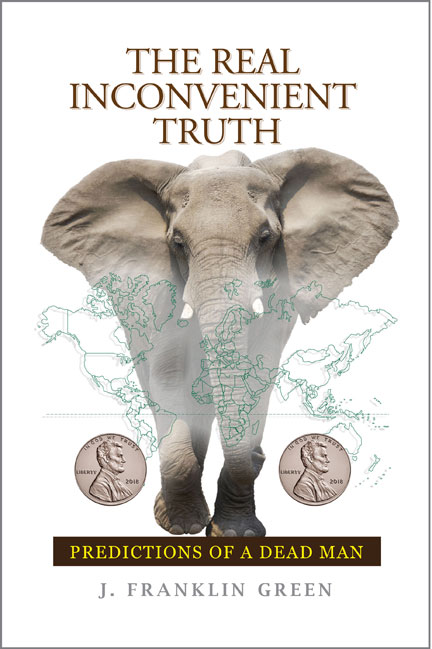 These are only a few problems facing humanity
today but are they the largest or most terrifying?
Most were predicted and the cause identified over a half century ago by a man long dead.

Long before computers, the internet, social media and the technological explosion of the 21st century he cataloged, graphed, spoke and wrote about it.

Heavily illustrated with charts and graphs 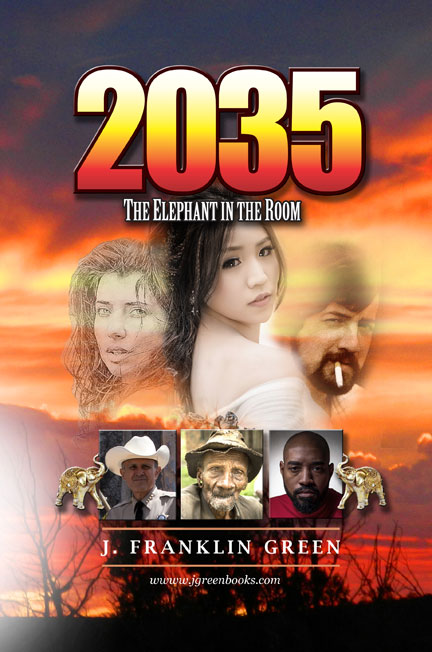 Adam Barthold is a deeply flawed man haunted by the mysterious Arahm Tuit. He travels from upstate New York to the hills of Ash Fork, Arizona where he hopes to start a new life but instead finds love, danger and watches the world come tumbling down in red ruin, little knowing he has an important part to play in the future of human kind.

Although this is an apocalyptic story, you will find NO zombies, alien invaders, government conspiracies, universal plagues or any other such nonsense. It addresses what is a more imminent threat to humankind. Further, it is told from a very limited point of view as experienced by the principal character, Adam Barthold.

Unlike some such story lines, the book focuses more on the characters, their flaws, fortitude and family-like relationships. It is both a love story and a story of deep friendships often crossing over racial, age and cultural boundaries. The action scenes are not stereotypic hollywood hyped depictions either. 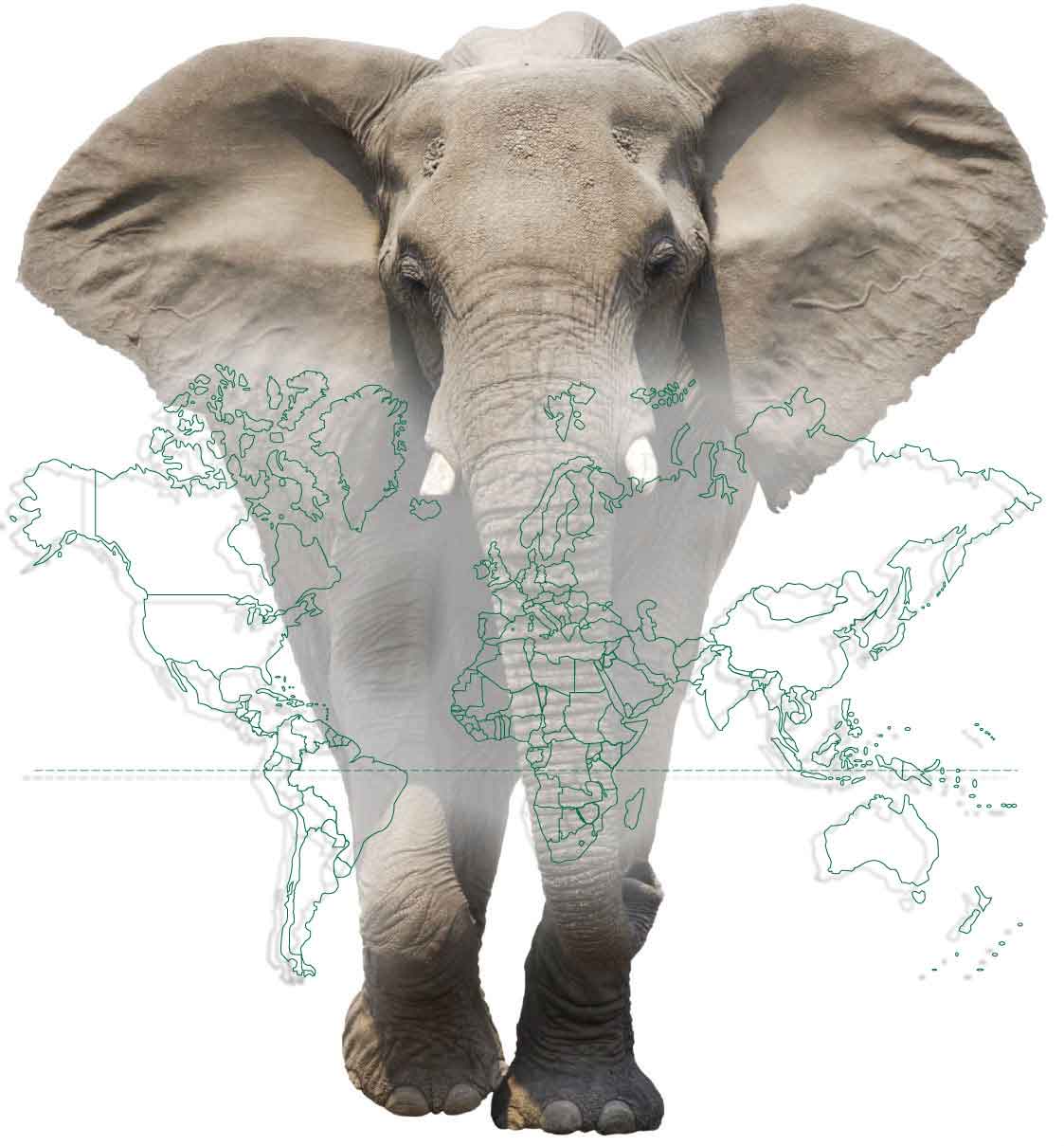