THE ESSENCE
OF CREATIVITY

I want to pass along a valuable lesson on the term “creativity” I learned in a class called Creative Sources at Rochester Institute of Technology. One of the class assignments given by Professor, Jack Slutsky was to create a planet that was unique, drawing on nothing we knew about or existed. The assignment was to be completed, in written and visual format. We all worked diligently and furiously for a week and turned in our wonderfully creative brilliance. We all received an F as a grade. Jack was gracious and later canceled the bad grade because the assignment was basically impossible, which was exactly his point. All creativity is about is rearranging things that already exist to achieve a specific task, much like a chef combining food elements in a different way to achieve a hopefully good tasting dish. We can create nothing. The chef does not create the various elements he uses, proteins, spices, oils, starches, fruits and vegetables he merely recombines them in a different way and in different proportions. This is what he wanted us to understand.

JACK SLUTSKY
Professor at Rochester Institute of Technology. Lecture given in 1971.

He walked out on stage before about one hundred and twenty eighteen-year old freshman art students, clasped his hands behind his back and started pacing back and forth looking us over while occasionally stroking his goatee. His jet-black mustache, goatee, and hair combed back and slick combined with his sharp aquiline nose made him appear to be a caricature of Satan in a sport jacket, white shirt and tie. Professor Jack Slutzky, ex New York City art director stopped, faced us and said - “So, you all want to be prostitutes?”

Some of the guys chuckled under their breath, rolled their eyes or sat silently staring. Some of the girls blushed or squirmed in their seats. Whatever the reaction, like a good headline or graphic, he got our attention. The year was 1971 and I was in his class entitled Creative Sources. He went on to explain to we aspiring graphic designers (it was also still referred to back then in many quarters as commercial art), art directors and illustrators that what we were about to try to enter into a career had nothing to do with “art.” We would ultimately wind up creating and directing visual art paid for, and most often controlled by other people for money. What we personally liked or thought of as our skilled creative domain meant little. Doing others, bidding for money was the definition of a prostitute. Long before I finished a forty-year career as an art director, creative director, copywriter, graphic designer, illustrator, web designer and studio owner, I learned that that he was right.

Toward the end of my forty year career, I had an argument with a female relative of mine who adamantly exclaimed that I should not refer to myself as that. It was demeaning and not accurate she said. I was informed that if I wanted to, I should refer to myself if not by any of my official titles, a mercenary.  It would be a better choice of words than ‘prostitute.’ Although she never really understood it, or chose not to, I explained the difference with this analogy:

An organized crime boss wants someone dead. A mercenary “hit man” is told: “I want 'John Doe' killed by the end of this month and I don't care how you do it as long as it can't be traced back to me.”  A fee is agreed upon and when the mission is accomplished, the fee is paid.

The alternate scenario runs as follows: “I want 'John Doe' killed by a safe dropping on him from a fourth floor window on Main Street in Sandusky, Ohio while wearing a red cardigan sweater, walking his dog and smoking a cigar at 11:15 a.m. on the thirteenth of the month.”  The fact that the subject of the assassination lived in Chicago, doesn't own a dog and never smokes anything is irrelevant. To earn the fee all conditions must be met. This is more like prostitution.

Now the “commercial artists” of the world, much like prostitutes, can get along well, make money and have long if sometimes frustrating careers as long as they can grasp this basic nature of their profession. Moreover, we rarely are arrested. Along with this comes the basic acceptance that the client, the client's spouse, every employee of their company and the client’s nephew who took and art class during one semester in junior college out rank you. Learn to live with it if you value your sanity and bank account.

To return to page two

For a better look
at professional samples:

A FURTHER NOTE ON THE
“CREATIVE PROCESS”

The old maxim that "creativity is one percent inspiration and ninety-nine percent perspiration." is true. No matter what the project, we must do our homework and research, make lists, doodle, sketch, take notes and think hard often in multiple directions. When time permits, we need to take a break, long or short to let this work digest and percolate. This many times is when the "inspiration" happens. Sometimes it doesn't and we have to go back and sweat some more and soldier on.

From personal experience, I can tell you with great certainty that great ideas do NOT come from doodles on cocktail napkins or the swirling bottom of a bong or a bowl. Earnest Hemingway famously opined that you should "write drunk and edit sober." The trouble is that when sober and editing you often find that the artificial inspiration and ideas are mostly crap. The same is true in the visual arts and it can also eventually lead you sometimes into a personal abyss from which you may be lucky to survive and recover.

Many inspirations and insights more often come from the bedroom, breakfast table or the bathroom. When we are distracted or relaxed doing the ordinary, mundane activities of life that we all must do all of the perspiration pays off seemingly out of the blue. Then we return to work and make it happen.

Boardrooms, conference rooms and brainstorming sessions can be useful for information gathering but from my experience, they seldom lead to an immediate, tangible solution to the project at hand. Creativity like leadership is usually a singular affair. I once sat in a conference room with the controller, marketing manager, sales manager and several others for hours discussing how to put together a design concept for a brochure about a company that made heavy industrial die cutting machines.  My brain eventually went numb and I was very relieved when I got to the parking lot to start the drive back to my office. In the forty minutes, it took to make the drive I had it almost entirely designed and visualized in my head. The conference was not a waste of time because it fed the beast with information, but as a way to work out the structure, concept and design, it was not helpful. The percolation time in the car was the really essential part. 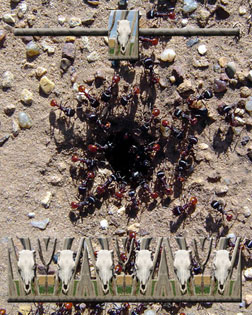 By time you read this, the technology being used is already obsolete and will be soon replaced and/or improved. When I started in the business almost everything was done by hand or with film. Concepts were presented on paper using pencils, pens, markers and occasionally augmented by chewing gum, scotch tape and spit. Production art for printers and media was painstakingly created using films, paste-ups, mechanical art, photostats, type galley proofs, overlays, photographic prints, transparencies and slides. I have cut acres of amberlith in my time and am pretty sure it doesn't even exist anymore and equally sure that few people reading this have even heard of it. Video and still photography was done on film. About one third of the way into my career, personal computers with design programs and other tools such as Adobe Illustrator and Adobe Photoshop took over. Film was replaced with digital technology not only for images but also for printing and video and presentations. Airbrushes were replaced by photo retouching programs. Custom hand wrought illustrations and expensive studio or location photography were supplemented or supplanted, with stock digital photos and art. The ability and skill to draw still has its advantages. I once had a client ask where I “found” the illustrations I used on some packaging. He was astounded when I told him that I drew them.

No professional colleague I ever met has complained about the new technology, including myself. It has, for the most part, made our job easier, faster and better. If you are young and reading this I have no idea what technology will follow but you will learn it and adapt to it just like artisans of old moved from clay tablets to papyrus. Tools of the time, but just tools nonetheless.  The current technology of any given time is and will always be just a tool of that time. 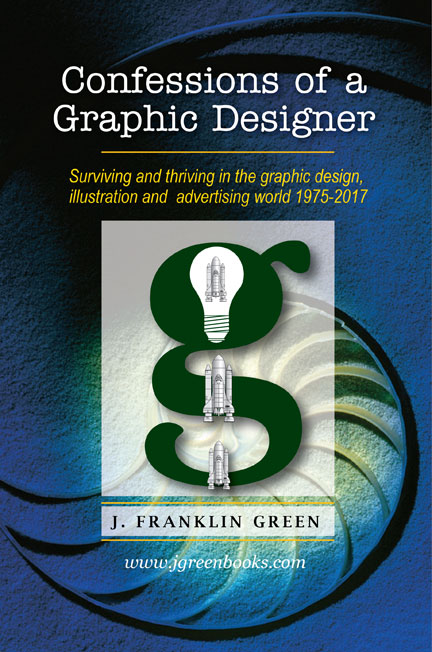